Google Search for this blog

Most important interview or viva questions related to tribology - 1

Tribology is one of the most important terminologies used in the industry. It is basically a branch of engineering which deals with the relative motion between two or more interacting bodies in contact. The tribology study majorly depends on friction, wear, and lubrication aspects. Let us understand and get the idea of the Most important interview or viva questions related to tribology.

Tribology is made up of two Greek words, 'Tribo' and 'Logy'. Tribos means rubbing and logia or logy means to study or knowledge. A study that deals with the bodies in relative motion including rubbing actions at design or production or operation stages.

2. What is the role of lubrication in minimizing the losses during machine operation?

3. Give a few examples of desirable friction and desirable wear.

4. Give a few examples/applications of maximum friction and minimum wear

Maximum friction means friction should assist us in a given application and minimum wear means, wear is undesirable in such application. Brake lining, clutch, tyres are examples of desirable friction with undesirable wear.

5. Give a few examples/applications of minimum friction and minimum wear

6. Can you give a few comments on the design or ergonomics tribological aspects of the pen?

The function of the pen is to write. We need to design a pen in such a way that gives us less friction while writing (lucid writing experience). Second, in gripping, the pen should be designed to give a better grip with fingers to make it convenient to grip perfectly while writing. The diameter of the pen should be well within the range to give a smooth writing experience. So, all factors lead to a better pen design.

Normally any interviewer tries to check whether a candidate is suitable for the present job or not. Based on the type of job or job profile, the interview asks basic questions from different subjects. If the student has grasped the engineering syllabus or course from the point of the basic concept of view, he/she must be able to answer the following questions. Read the following interview questions about the 'thermodynamics' subject. These questions might be helpful in the GATE examination too.


I appeared for the NPCIL interview on 05-10-2010 at Anushaktinagar at Mumbai. As I did M.Tech, I was shortlisted directly based on the qualification of M. Tech in Industrial Process Equipment Design (IPED). 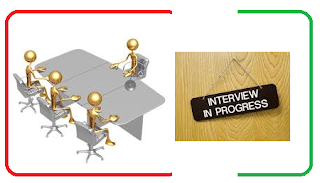 The interview panel was consists of 6-7 people from industries only, No one was from any academic institution.

The knowledge of different software in mechanical engineering is of great quality and can be helpful to get the required things done easily. Because software is a tool that can be used by an engineer to express the technical stuff via calculations.

Below is the important and essential software which should be learned during a bachelor course in mechanical engineering. It might possible that some well-known software might not be on the list but can be learned very easily if you know the following software which is basics.

1. Difference between 'Thermodynamics and Heat Transfer'

How to choose Final Year Projects Topics in Mechanical Engineering

BE final year Project sometimes decide student's specialization area in a higher study like ME/Ph.D. or job. Final Project gives the student an opportunity to work in a group, so one can learn leadership, teamwork and collective efforts in any problem or project. You will get a chance to revise or use your complete syllabus during the project work and this will help in your GATE examinations.

We frequently stuck and do not know what should be the project topic and how it will be helpful in the future.

One can choose the project topic based on the following points